The Texas Amateur Championship has been the amateur championship of Texas since 1906. The state's top amateurs of all ages compete on the state's finest courses each year.

The Trusted Choice Big “I” is the 3rd oldest junior golf event in the United States and has served as a national championship challenge for our nation’s most accomplished junior golfers for the past 45 years.

The Southern Golf Association is one of the oldest – dating back to our Charter in 1902, largest – serving approximately 500 member clubs over a 14 state area, and most prestigious golf associations in the world.

Past champions include PGA Tour and LPGA stars Sean O'Hair and Lexi Thompson. The 72-hole stroke-play event is contested on the Trump National Golf Club in Washington DC.

The Callaway Junior World Golf Championships is the largest international event in the world and is unique for its international representation and cultural diversity.

Championship golf in Pinehurst dates back to 1901 with the first annual United North & South Amateur Championship.

The Texas-Oklahoma Junior Golf Tournament is a family oriented four day event that pulls in players from the far reaches of America and even crosses international borders bringing players from Mexico, Canada, South America and more. Each year approximately 350 players converge on Wichita Falls, Texas for a competitive tournament spanning three quality golf courses in the Wichita Falls area. 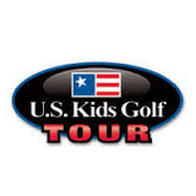